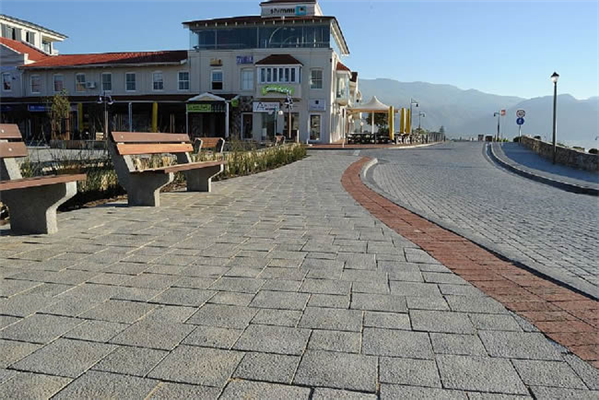 The role of South Africa’s precast concrete industry continues to gain in scope and significance, a fact for which there is ample evidence in this year’s CMA Awards for Excellence competition.

CMA members have been and continue to be involved in some of the country’s most prestigious projects, including the stadiums for this year’s World Cup soccer tournament and products for the Gautrain rapid rail link.

These and other noteworthy projects are being featured in this year’s competition.

In browsing through this year’s Awards for Excellence book, one is immediately struck by a diversity of product and application, evidence that all sectors of South Africa’s multi-faceted demographic mix are benefiting from the substantial investment that goes into finding new applications for and improved performance of precast concrete.

Former CMA director and Awards organiser, John Cairns, says that only six years ago the use of concrete tiles as the default roofing material for economic housing would have been considered unrealistic, whereas in today’s low-cost and affordable housing developments such as Cosmo City, Pennyville, Boitekong and Soshanguwe, to name just a few, concrete roof tiles are very much the norm.

The CMA played a leading role in this outcome having been the first to develop an Agrément approved low-cost truss system for concrete roof tiles. Since then a plethora of systems, either timber or steel based, have been introduced to the market with great success.

Although the 2010 competition has not attracted a record number of entries the standard of the submissions remains exceptionally high, both in the quality of the actual projects and in the photography. This is especially so in the Paving, Concrete Retaining Block (CRB) Walls, Roof Tiles and Innovative categories and the judges were hard-pressed in their decision making.

The judging took place on July 21st and 22nd and the results, based on three tiers of regional, national and trophy awards, will be announced later this year. The 10 judges were appointed from a pool of 60 professionals appointed by CMA members comprising architects, landscape architects, quantity surveyors and civil engineers. Two regional coastal awards ceremonies will take place in Cape Town and Durban towards the end of October, and the regional inland, national and trophy awards will be presented at an awards banquet in Gauteng on November 6th.

Five as opposed to four trophy awards will be made this year. The ultimate winner of the Concrete Retaining Block (CRB) category, which in the past, shared a trophy with Suspended Concrete Floor Slabs and the Infrastructural and Innovative Concrete Products categories, gets a trophy of its own this year. This is due to the fact that over the past 10 years the number of CRB entrants has increased substantially, reflecting the success and growth of CRB walls as an embankment retaining system.

Since they were first staged in 1985, the awards have become the undoubted highlight of the industry’s calendar. They provide an excellent vehicle for southern African designers and project developers to establish themselves as trendsetters across several disciplines, and in doing so to gain national recognition. The CMA is justifiably proud of the superior quality and project innovation which is so evident in this year’s competition – attributes which are certainly on a par with those of our global peers.

What follows are brief descriptions of some of this year’s awards entries:

This project involved the complete renovation of the old market square in Hermanus. What was a neglected area of broken asphalt has been transformed into a beautiful public space. In excess of 8 000m² of molded concrete pavers, manufactured by CEL Paving, were used to rejuvenate the square. All products were manufactured to a higher than required abrasion resistance factor based on the new SANS 1058 standard.

Gavin Brand, landscape architect for CNDV Africa, says that the pavers were selected for the project because they offered flexibility in size, colour and texture.
“We developed a colour which was applied to the pavements, kerbs and roads and many of the paving blocks were custom made to cater for smooth transitions between the various areas.  The colours are embedded in the pavers and wear well,” says Brand.