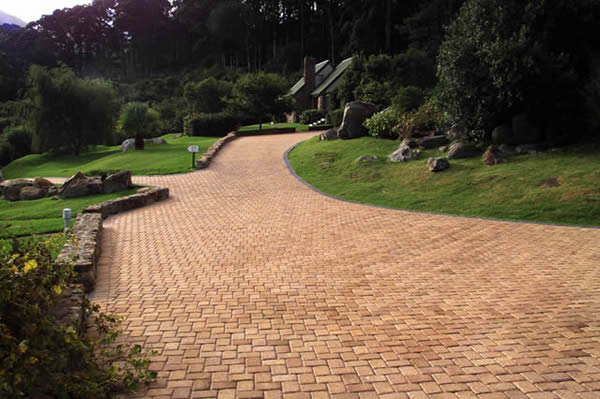 Laying the foundations is an important part of any business. When you’re in the paving game it’s something you do on a daily basis – quite literally.

C.E.L. Paving Products places its reputation beneath the feet of its customers and is proud to put the company’s name to each and every one of its concrete paving bricks. 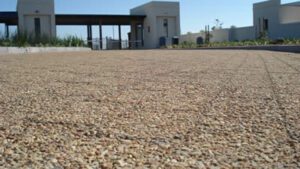 Chip off the old block

The company began life as a brick and block masonry manufacturing company, selling all the associated materials. It was originally formed as Claud’s Brickworks by Claudino Gorgulho and his son, Claude.

Gradually, however, Claude realised that, in order to see off the competition, they needed to specialise in one area—and do it brilliantly.

“My brother, Claude, started talking to people in the industry and found a lot of potential in producing only segmented paving bricks,” explains Lenny Gorgulho, co-owner of C.E.L.

“He recognised that there was a gap in the market for specialised paving materials, so ultimately he decided to forgo the brick and block side of the business and specialise solely in the manufacture and development of paving bricks.”

The new operation began in 1998 when the company moved to new premises in Blackheath, Cape Town, where it now has two plants. With the fresh objectives established, the company was able to increase its flexibility by making materials that were out of the norm.

Alongside the generic range the company has released some truly original varieties into the market.

C.E.L. has also started manufacturing a landmark range of retro-style materials. More of a European style brick, it consists of cobbles and vintage pavers, which are mottled in colour and fit instantly into the landscape.

In addition, every single block is a different shape and colour. Their nostalgic appearance has proved a massive hit with South African customers.

“As a result of developing the mold and mix design, we’re the only company that produces the range.

It’s made with roving edges and a non-uniform surface, so once it’s laid, it looks old-fashioned and rustic,” enthuses Lenny. “When it first came onto the market people found it to be a refreshing and aesthetically beautiful alternative. They loved its uniqueness.”

Encouraged by its popularity the brothers galvanised the manufacturing process further by introducing a vast array of different finishes, textures and colours.

The company currently employs 70 staff and every year its efficiency increases, supported by quicker production, smoother packing and advances in technology.

C.E.L. also has the advantage of running a day and a night shift at both plants. This ensures that the constant supply of materials to customers is maintained. The efficiency of the plants has proved essential since the introduction of the new, specialised products.

The main drive for this ambitious company is to keep getting better, remain at the forefront of paving technology in South Africa, and for customers to automatically think of C.E.L. products before anybody else’s.

Pride also comes in the constant attention to quality, and Lenny believes that this has been pivotal to C.E.L.’s success story. “We don’t cut corners with our costing on anything; people rely on us because of our standards in the industry.

Our paving has been recognised for being among the best in the country and we recently won three national awards as well as the premier award trophy for paving at the 2010 CMA Awards for Excellence competition – an unprecedented feat!”

In order for C.E.L. to become leaders in the field, it has employed the combined practices of a major corporation, while retaining the ethos of a family-run business. The brothers remain the faces of the company – quite literally.

This insistence on taking responsibility has engendered the sort of trust among customers that is absolutely priceless in the current market. The C.E.L. brothers refuse to sacrifice the craft and skill required to make excellent products and – rather than put profits before quality – they have let the company grow organically, at a manageable speed.

“Customer service is the most essential element of the business and that’s how you can ensure quality, ensure your product selection and ensure that the customers are happy—people appreciate the fact that they can come to us directly,” Lenny concludes.

It has been this very approach that has enabled the company to continue to see out the recession and it looks forward to more prosperous decades as one of the Western Cape’s most distinctive, entrepreneurial, and successful building material visionaries.

The next few years are sure to provide C.E.L. with further adventures, as it explores exciting projects and new horizons; and branches further into the African market. Paving for the future has never felt so good.